Let’s face it: a clogged ear from earwax is everyone’s nightmare. It limits your ability to hear clearly and makes the ear uncomfortable.

And whenever you have a clogged ear, you may be tempted to use a cotton swab to clean it – but don’t. Research shows that using the swab or other objects to clean your ear can cause ear irritation, ear infection, and a perforated eardrum.

Why do my ears make wax?

The wax in your ears results from a substance called cerumen – produced by your body to keep your ear safe. It has anti-fungal and anti-bacterial properties and protects your ear from things that can hurt your eardrum.

If not for the cerumen, you could have a dry and itchy ear. The wax traps things like dirt and dust, so they don’t go deep inside.

When you move your jaw, such as when you eat, you help move the old earwax out of the ear canal to the ear opening. That’s where it dries up and falls out.

You’d experience an earwax blockage because you tried to clean your ears using a foreign object and pushed the wax in deeper. In addition to the blockage, foreign objects can lead to other serious problems, including:

Should I clean my ears?

Since ears are self-cleaning, you don’t have to clean them. They produce earwax that acts as a natural cleanser, gathering hair, dirt, and dead skin cells from the inner ear canal and migrating them outwards.

But if too much earwax builds up and begins to cause symptoms, it may be time to clean them. However, before washing the ear, you should first rule out any other condition, including the swimmer’s ear, ear infection, or Eustachian tube dysfunction.

How do I clean my ears with hydrogen peroxide?

The medical term for earwax is cerumen, and hydrogen peroxide is a potent cerumenolytic agent – a chemical that softens, dissolves, and breaks down earwax. So, how do you clean your ears using this chemical?

Before getting started, gather the following:

Then, you can proceed to clean your ears as follows:

Make sure you follow the instructions that come with the eardrops. Again, don’t use hydrogen peroxide on an injured ear as that can cause infection or pain.

Again, if you add hydrogen peroxide, don’t use a foreign object into the ear to remove the wax. Instead, leave the chemical in your ear for some minutes to dissolve and break down the excess wax.

If you experience discomfort, ear pain, blocked ears, or the peroxide solution doesn’t work, visit the doctor’s office for treatment.

You may use Otic carbamide peroxide in place of hydrogen peroxide.

Alternative methods to clean your ears

While hydrogen peroxide should work just fine in cleaning your ears, several other methods may help you remove the earwax. They involve using natural substances, like salt and white vinegar, to clean your ear.

Here are other six effective ways for ear cleaning:

You may use an over-the-counter ear irrigation kit to clean the earwax. However, ensure that you follow the instructions that come with the kit.

Also, avoid the kit if you’ve had recent ear surgery or an active ear infection. You can use the kit 2-3 times a day or as directed by your care providers.

You may rely on a homemade salt water solution to soften and break down the earwax. To get started;

If the cleaning drops fail to work, you may flush the ear using a bulb syringe available at grocery or drug stores. Fill the ear syringe with warm water, place it close to your ear opening, and squeeze the bulb.

The warm water will break down and dissolve the wax. Tilt your head to the side over a bathtub or sink to allow the water (with wax) to flow out.

Use a hair dryer

The heat from a hair dryer can help break down and melt the wax in your ear canal. If you have some water in the ear, the dryer can help evaporate it and unclog the ear.

Here is how you do it:

You can use a few drops of mineral oil, olive oil, glycerin, or baby oil to soften ear wax before washing it off. To get started:

Use vinegar or alcohol

Alcohol works well to evaporate water in your ear and get rid of the growth of bacteria, preventing fungal infections. If the trapped water results from an earwax buildup, white vinegar may be used to remove it.

Again, avoid this method if you have middle ear infections, tympanostomy tubes (ear tubes), or a perforated eardrum.

Which methods should I avoid when cleaning my ears?

Not all earwax removal remedies are created equal. Professionals recommend staying away from these methods:

You shouldn’t insert cotton swabs into your ear canal. The swab will only push the earwax deeper, making it hard to clean if you do this.

Plus, you can rupture your eardrum if you push too much and too far. Scratching your ear canal can lead to inner and outer ear infections because bacteria and dirt can penetrate your skin.

Note: Avoid inserting stainless steel earwax tools, tweezers, bobby pins, or any other foreign object in your ear. These are some of the most common causes of hearing loss that can be avoided.

Ear candling is a common practice, with people believing that it works in removing wax from the ears. However, the truth is that ear candles don’t work and can even burn you!

When to visit the doctor’s office

Too much wax can be a health issue, especially if it starts to cause symptoms or keeps your physician from doing a proper ear examination. If that is the case, you might have a medical condition called cerumen impaction, whose symptoms include:

There you have it, lads: the safe ways to clean your ears using natural substances. Remember, earwax is necessary to protect you against infectious illnesses, so don’t always wash your ears.

This post details how to clean your ears with peroxide and other natural substances. I hope you liked our piece 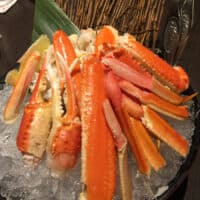 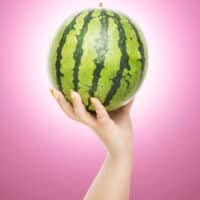 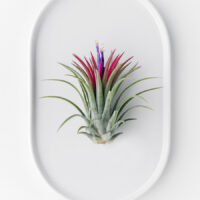 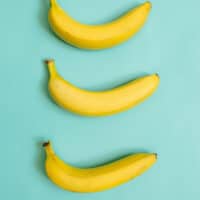